Battery in my lovely Jolla C starts dying slowly, so I bought Sony Xperia 10 II and flash Sailfish OS on it, as soon as it was possible to buy license for this phone. Xperia 10 II is the best and newest officially supported phone by Jolla. Support of this hardware was pretty buggy at the time of the launch at May 2021. I'm suffering by suboptimal memory configuration especially. Xperia 10 II has 4 GiB of RAM (it is twice as Jolla C, four times as Jolla 1), but system behaves as it is under constant memory pressure, when multiple memory demanding applications are opened. Like web browser and my OSM Scout (maps). System is aggressively terminating applications running on the background to keep some memory reserve. It is frustrating when victim is music player and you have to start it manually again. It is much better after system release 4.2 at September 2021, but it is not optimal yet.

For that reason, I start experimenting a bit. But before going to results, short overview how various systems treat with memory. 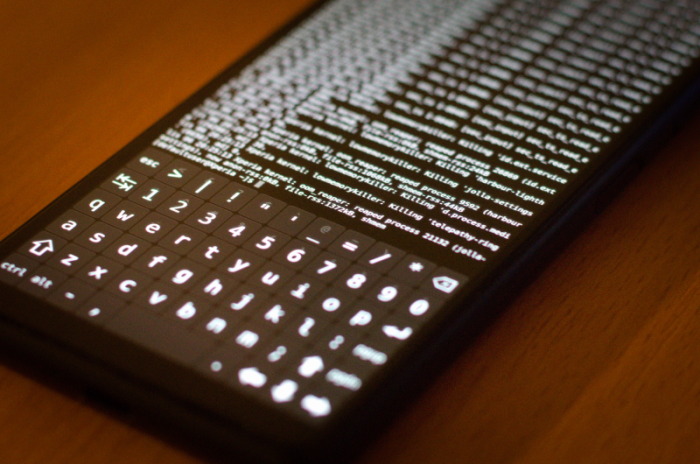 Desktop Linux distributions are not using some special tricks for managing memory usually. When applications eats all available memory, UI becomes less responsive as kernel is desperately trying to find a place for the new allocations. When memory pressure continue, kernel starts OOM killer (out-of-memory killer) and it kills most demanding process.

Mobile phones has less resources than desktop computers and users are very sensitive for UI freezes. For that reason, mobile systems are trying to maintain some free memory reserve to guarantee instant memory allocations.

Android introduced low-memory killer. It lives in kernel and kills least essential process when free (and reclaimable) memory goes down under configured limit.

Sailfish OS still uses kernel-space low-memory killer in its recent release (4.3). But as this system has support for running Android applications via its Android AppSupport layer (formerly known as Alien Dalvik), there is user-space lmkd too. Because AppSupport provides compatibility with Android 10. Luckily, AppSupport is running in its own isolated cgroup, so lmkd is not killing native applications.

So, lets focus on kernel low-memory killer. It is relative simple module, its sources may be found on android.google­source.com. It is hooked as memory shrinker. When system needs to release some memory, it iterates over processes and when some unfortunate has higher oom_score_adj value than limit for currently available memory, it is killed. No mercy. Limits may be tuned of course.

From system point of view, it is good to keep some free memory reserve to guarantee low latency for new allocations. In other hand, from application point of view, it is good to preload content that will be needed and keep recently used objects in memory as a cache. One example is web browser, user will appreciate that browser tabs are not re-loaded on every switch. Second example is map application, cached data in memory speed up map rendering. It would be waste of resources, when every application would need to monitor system memory to keep its caches in bounds. For that reason, there is another important daemon in Sailfish OS: mce. It monitors system memory via cgroups api (with older kernels it may use memnotify api) and expose memory pressure level via D-Bus api. Mce memory pressure may have one of three values: normal, warning or critical. Api is described on wiki.

For executing my experiments, I prepared Sailfish build of memory-watcher – set of tools that I was created few years ago for memory analysis of embedded devices. It allows sampling memory usage of all processes and store samples to sqlite database for further analysis. Via ssh (as root), I started:

Then I started my favorite applications, like Mail, Browser, Piepmatz… and then OSM Scout that utilizes pretty huge amount of memory when renders maps. Low-memory killer killed every application on background after some time.

Looking to mce.log, memory state was „normal“ during time of the experiment! Well, I would expect that level will be „critical“ before first app is killed.

These values should be in pages, so it is 3.9 GiB for warning and 4.1 GiB for critical. These values are compared with cgroup usage_in_bytes value, read from /sys/fs/cgroup/memory/memory.usage_in_bytes (value in bytes). From information that I found on internet, this cgroup value should be anonymous memory of user-space processes + cache. It is absolutely different metric than it is used by low-memory killer! It doesn't count kernel memory, that may be ~50% of total size, anonymous memory may be in swap partially (I believe) and it counts cache that may be reclaimed…

Uff. With current code, memory pressure provided by mce is unusable. I was not able to setup usable values even experimentally. I believe that reclaimable cache cannot be taken into account at least. Ideally, low-memory killer logic should be moved to user-space, alike as Android did. With user-space daemon, it will allow to use the same metrics for reporting memory pressure and looking for kill victim.